Skip to content
Home » Blog » You Want How Many Stamps? 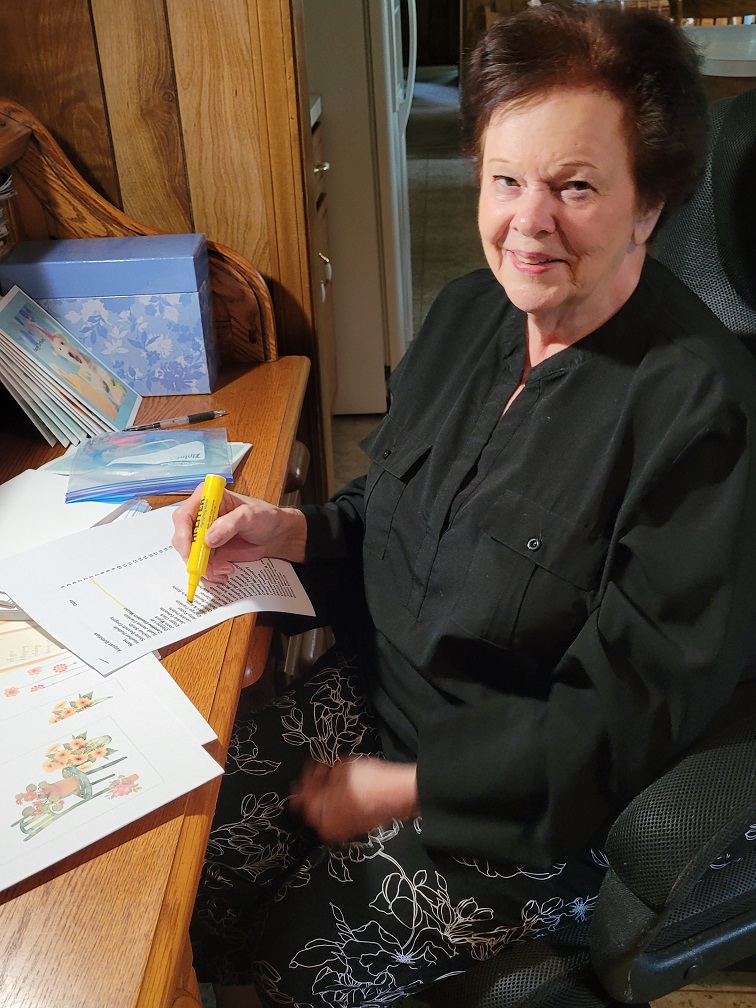 Cards: such simple pleasures. So often overlooked and not mailed because of busy daily activities.

But for Pittsylvania County resident Emily Ragsdale, a card seemed to be the only way to stay in touch with her brother, who was away in college in 1963. “I had tried writing,” she explained. “After several letters, he wrote back, ‘You might as well quit writing; I can’t read your handwriting.'”

“I was so frustrated with him, but I tried again. That time I sent an occasional card to stay in touch,” she said. Finding just the right, special card message took time when she was trying to convey home events. But she found cards, often sending a card a week for years, she said.

In 1985, Ragsdale’s mother, who had been her confidant, died. Her mother’s sister took over providing guidance and family memories. “I wrote to her every week on a word processor, then on a computer. I also sent her cards. She was so grateful for the cards and letters that I started sending cards to church friends, neighbors, and relatives,” Ragsdale said.

The number of cards expanded, tripled, multiplied. “The mailings just happened, but they have definitely become a ministry. I get notes about how the card said just the right thing at the right time or how fun it was to find an unexpected card in the mailbox. I wanted to bring happiness when I began, and I still do. The good part is that I get back as much joy and fun as I create. And when people are in the middle of very difficult situations, I let them know I am thinking about them,” said Ragsdale. 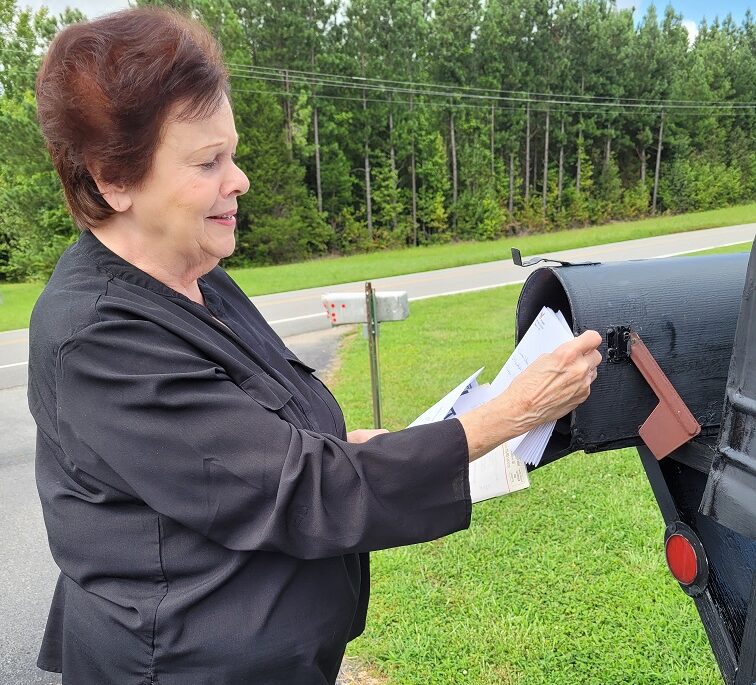 At times, the card number reached 100 monthly. Presently, she sends 25 to 40 cards a month, addressing the cards at the beginning of the month and making stacks to place in the mailbox weekly. And since becoming a computer user, she also creates her own cards, designing them according to the recipient.

“The messages telling me how the card helped a friend or acquaintance through a terrible illness or through the loss of a family member or friend inspired me to continue asking for birthday dates and addresses, nursing home and hospital addresses, to add to information,” Ragsdale said.

Those names comprise a list of Spring Garden/Java community members from the 1980s to 2021, often demonstrating personal events in the community.

In 1998, she transferred some of her cards and holiday greetings to Internet card companies, usually Hallmark or Jackie Lawson cards, which has allowed her to choose interactive cards. “The companies allow me to change items within the cards, which is a positive, so I can personalize them,” she said. They also promote messages back to Ragsdale from recipients. “I always send a reply to friends’ comments about the cards’ videos,” she said.

Using Internet card companies did not end the mailing of paper cards. It instead gave Ragsdale options for choosing how to interact with individuals relative to life events. “I send cards to nursing homes and hospitals, often every week until the person recovers or as long as they are in the nursing home,” she said.

“A lady in South Carolina, who was battling cancer, whom I had never personally met, sent me grateful thank you for the cards. She knew the disease was incurable, but she was very positive. One day a florist arrived with a beautiful peace lily,” said Ragsdale.

“I don’t expect gifts for the cards I send, but the mailbox is always full on my birthday. It is so much fun to open all the cards and letters. And I am very grateful for messages from young people whose lives are so busy; I know that message took time from their jobs,” she said. Ragsdale’s ministry takes 10 hours a month. Preparing Christmas greetings requires eight hours.

Suggestions For A Card Ministry

Contact information is now in a computer spreadsheet, so she can rapidly find names and addresses, especially for Christmas and other holidays when she sends at least 200 greetings. At Christmas, she sends a Christmas letter about the family’s events, excursions, joys, and sorrows. After beginning the letter in 1987, Ragsdale explained, “The letters have become a family history that I keep in a three-ring binder to pass on to my children.”

For anyone considering starting a card ministry, Ragsdale said, “You will receive many more joys back than you give. But be sure you have the time and finances to continue it once begun. Gathering names and addresses is not difficult; the difficulty is planning for supply needs, stamps, printer ink, and copies of the spreadsheet in case there is a computer problem at a stressful holiday.”

Marie Pridgen produces news/feature articles showcasing regional entrepreneurs, businesses, and individuals that enhance the Hyco Lake Region. She edits business/professional publications, guides writers, and has researched and authored a college history as well as written for regional magazines, educational institutions, newspapers, and the Virginia Journal of Education. She concentrates on Pittsylvania Co., Va..; Caswell County and Rockingham County, N.C., and Danville, Va., because they are rich in unique businesses and individual attainments. She is available at writingpros70@gmail.com